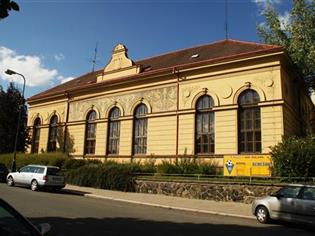 The gymnasium was built in Neo-Renaissance Style in 1903, according to the project by Benešov Sokol Community and mason master Jaroslav Škoula. It was ceremonially opened in September 1904. The front facade is decorated by sgraffito and medallions of the Sokol Community founders Miroslav Tyrš and Jindřich Fügner. The ceremonial character of the building shows an important position of the Sokol Community in the country at the turn of the centuries.